“451 Fahrenheit the Egyptian Way”,  A report by ANHRI on the closure and demolition of 50 libraries and cultural institutions in 7 years 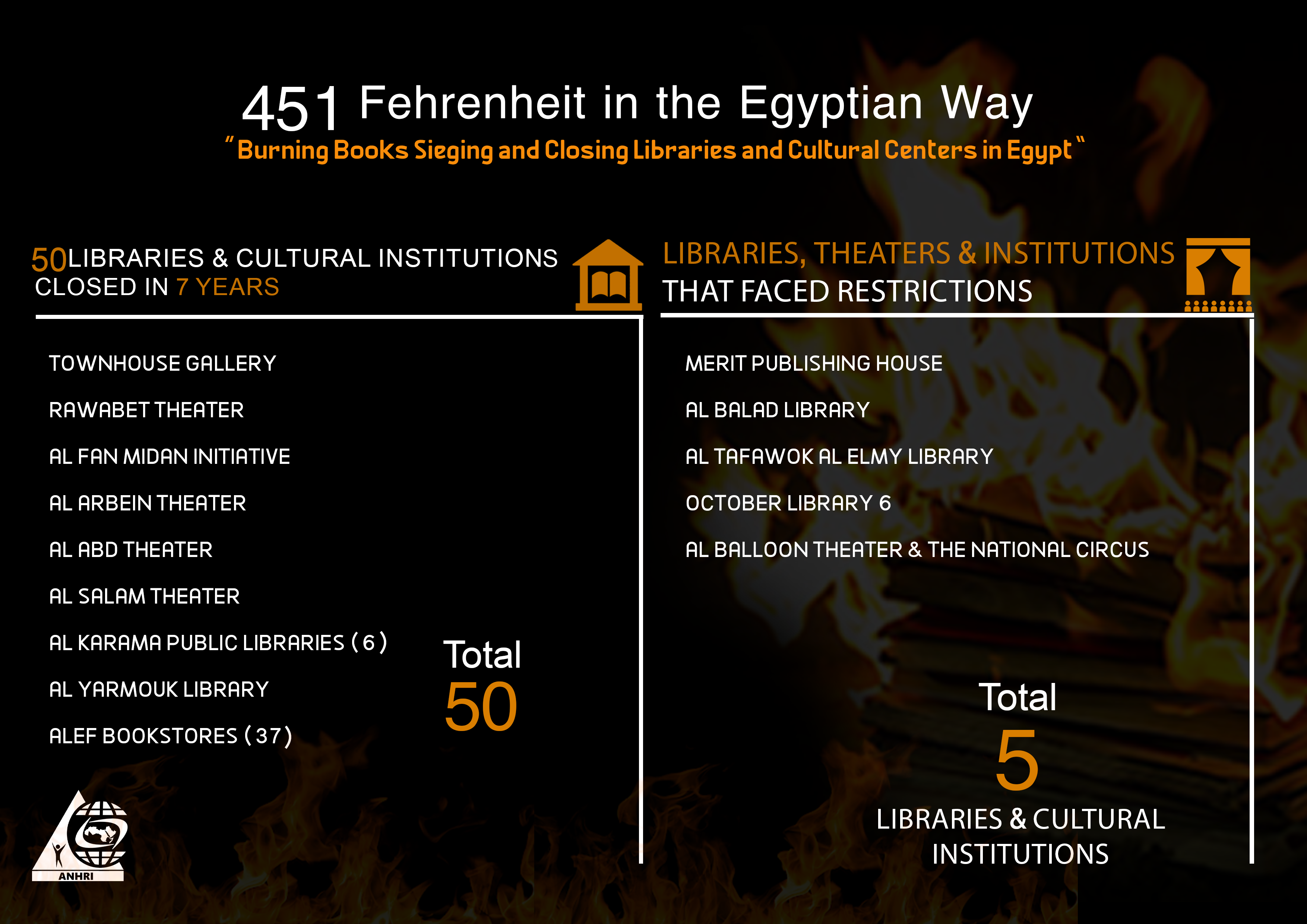 Cairo: 4 March 2021
The Arabic Network for Human Rights Information (ANHRI) released today a report about the siege, closure and demolition of libraries and cultural institutions, covering the incident of burning books in the playground of a school, which is reminiscent of the famous novel “451 Fahrenheit”.
The report, entitled “451 Fahrenheit the Egyptian Way… Burning Books, the Siege and Closure of Libraries and Cultural Institutions in Egypt”, monitors the closure or demolition and de facto suspension of activities of 50 libraries, theaters and cultural institutions. For instance: Al-Salam Theater in Alexandria, 37 Alef bookstores, 6 Al Karama Public Libraries, Townhouse Gallery, Rawabet Theater, and Al Fan Midan Initiative, as well as many institutions and libraries which have been subjected to siege, restrictions and prosecution, such as Al-Balad Library, Merit Publishing House and some libraries in Port Said Governorate.
Lawyer Gamal Eid, ANHRI’s director, said: “Despite several declarations by state officials emphasizing the importance of education as a human right, in an attempt to put it at odds with civil and political freedoms, the situation on the ground however, unfortunately, proves otherwise. There is no protection nor respect for the right to education and culture, and of course, there is no respect for human rights! If we add  to this huge number of libraries, theaters and cultural institutions that have been closed, the number of factories that have been and are being liquidated destroying the industrial sector, and the number of prisons that have been built, then we find ourselves before a truly grim reality!”