The Bar Association, a plaintiff and an arbiter 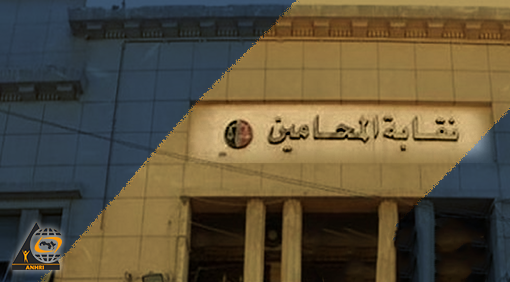 Lawyer before the Court of Cassation

On 28 July 2021, the head of the bar association issued a decision to form a committee headed by the undersecretary/deputy head of the bar. Its membership includes 13 lawyers, some of whom occupy syndicate positions, whether in the structural hierarchy of the bar council (board) or subsidiary heads.

The substantial content of the resolution is to censor, monitor and evaluate what lawyers publish on the Internet, especially on social media.

The resolution starts with an angry introductory note and ends with an explicit threat to exercise oversight and censorship through a mechanism that lacks independence and that violates the law in terms of jurisdiction and evidence.

The following points highlight the most important features of this committee, how it works and how it poses a danger to freedom of expression, as well as its usurpation of the powers/roles of oversight bodies entrusted with the investigation of crimes.

An angry prelude leads to encroachment on the law and the rules of justice:

As a justification for an exceptional decision whose prelude is also exceptional, it carries a measure of anger and lacks the necessary amount of respect for the law; such as, but not limited to, the following phrase: “because it has failed all the efforts that I personally made for a year and a half to put an end to such offences, verbal insults, lies, and obscenities and bring them back the right way…. but these attempts failed….and this encouraged others not to implement prompt justice…which is what can no longer be continued nor tolerated….”

The resolution’s prelude refers to a certain incident where the head of the bar association failed to hold those responsible accountable in accordance with the law; a complaint/report, a technical investigation, filing or shelving a criminal case, a direct prosecution, a criminal judgment/ruling, or referral to a disciplinary body. Such a failed course in a specific case- or cases- leads to the violation of the law!

The danger here lies in the idea of inclining to seek or take revenge instead of implementing justice, from an institution that showed honorable stances in defending the law, its sovereignty and the values of justice.

The decision set a goal for the aforementioned committee: “to monitor the insults, slander, libel and defamation subjected by any lawyer (male or female) or any individual, and that are published on the Internet and social media websites alongside newspapers or any audio publications.”

According to the resolution, the committee’s role is represented in “submitting a printed copy of a certain incident monitored on social media or a newspaper, or any audio or visual publication to the bar association’s disciplinary department, which, in turn, receives complaints from lawyers or individual people and submits a note to the head of the bar”.

The penalties stipulated in the resolution:

The resolution said that that the applicable article here is Paragraph 5 of Article 13 of the Advocates Law (Lawyers’ Law), which states “He should be of good conduct, good reputation, worthy of the due respect for the profession, and that no disciplinary judgments are issued against him or that his relationship with his job, profession is cut off for reasons related to his suitability for the job he was occupying.” The decision interpreted this article as follows: “According to what was stated in the last paragraph of the same article, not meeting any of the aforementioned conditions or the eight items mentioned in the abovementioned article…” the lawyer’s membership in the bar association will be cancelled by force of law from the date of not meeting of any of these conditions” ….. Hence the penalty will be the most severe- cancelling his membership”!

This includes: Detecting crimes, writing minutes/ communiqués, compiling inquiries/conducting investigations and other things that are entrusted with the investigative authorities and apparatuses by law. The aforementioned decision takes the place of these apparatuses, replaces them, and imposes the most severe penalties stipulated in the Advocates Law, which is the cancelation of the lawyer’s membership in the bar association.

Among the shortcomings and flaws of this unfair decision:

(1) The Disciplinary Committee is not independent, and the Bar Association’s head serves as a plaintiff (adversary) and an arbiter (judge) at the same time.

The committee that is to be formed upon the decision is: the Bar Association’s Disciplinary Committee, a specific administrative committee (composed of employees) even if it is headed by a board member. In its very essence, it receives instructions and directives, implements them, and submits a memorandum to the head of the Bar, who is a plaintiff in most cases, as stipulated in the law. Therefore, the committee lacks the minimum degree of the required independence.

(2) The relativity and attribution of any electronic content (to a certain person) is a complex process that is only available to the concerned agencies, and its essence relies in coming up with a confirmed result, which is the relativity of the content, whether it is “written, audio, images, video or other means of expression,” a mechanism that is not addressed by the resolution and is not available to bar association, in addition to the fact that its use is illegal and unproductive as long as it is not one of the tools specified by law.

(3) The decision overlooked the mechanisms in the Penal Code and other relevant laws, such as the electronic signature law and others.

The aforementioned decision turns a blind eye to the entirety of the legislation regulating the case and the reasons for which the head of the Bar Association justified his defective decision. In cases of insult and slander, for example, the law draws a specific path and outlines the conditions related to the complaint; by specifying the cases under which the crime is considered “slander” and the cases under which the crime is deemed “slander” as well as the cases (content) that combines both of them. Furthermore, with regard to proving the electronic content (be it audio, video, or live broadcast), the technical evidence for attributing a content to a specific person requires intervention of certain technical elements, as is found in the government’s Internet Investigation Unit or in the Information Technology Authority. The bar association, on the other hand, shouldn’t stalk or harass lawyers, but rather it should wait for the technical evidence and the judiciary to decide on the matter. It should not try to precede either of them, so as not to violate the intuitive rule that says “the accused is innocent until proven guilty” or usurp or seize an authority that it is not entitled to have.

In addition to that, the aforementioned resolution may confuse – and it is very likely – between criticism for union reasons on one hand and libel and defamation on the other hand and as a result, it would become a sword wielded over all opinion holders and those who hold permissible criticism.

4) The resolution allows people to file complaints against lawyers

In addition to the aforementioned malfeasance and infringements, the resolution opens up innumerable areas to drive a wedge between lawyers and opinion holders in favor of their opponents, and this is so easy; by attributing untrue statements to them and fabricating parties of litigation, especially in the absence of a obligatory technical evidence. Everyone may be a victim of false reports, and as stipulated by the resolution, the penalty is to cancel the bar association’s membership.

There is no solution to the aforementioned resolution except by reversing it using the same means by which it was published. This resolution lacks legitimacy and is marred by manifold flaws and deficiencies, as we addressed earlier, especially that it can serve as an obstacle to the imposition of any disciplinary penalty if it is resulted in litigation about a certain incident that was investigated in the same way mentioned in the decision, making it a barrier, in itself, for imposing a disciplinary penalty that may be deserved. Therefore, it is possible to file a lawsuit to challenge this decision or appeal against it and against whoever uses it to achieve his own interest, especially among the members of the Bar Association’s General Assembly.