Amid disregard from the Public Prosecutor, who will stop the brutal violations of the prisoners of conscience’s rights in Egypt? Is Mohamed Oxygen being murdered in prison? 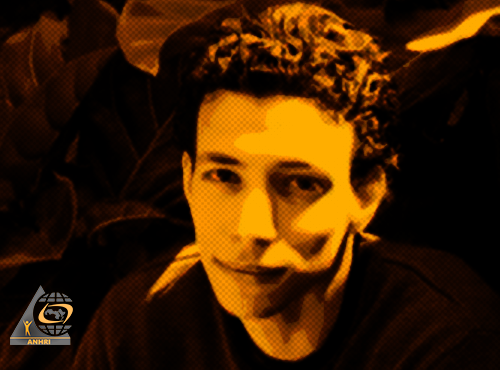 The Arabic Network for Human Rights Information (ANHRI) said today that it has received information that prisoner of conscience and blogger Mohamed Oxygen’s health is deteriorating as a result of ill-treatment and denial of health care in prison. However, because of the Ministry of Interior’s unjust decision of the denial of family visits (as he spent an entire year not seeing his family) and the prison authorities’ refusal to deliver food to him, in addition to the Public Prosecutor turning a blind eye to such flagrant violations, ANHRI could not verify the information reported. Nevertheless, the crime of preventing Oxygen’s family from visiting him or delivering food to him represents sufficient reason to open an investigation into the matter, if the Public Prosecutor really seeks to implement the law. Such information, if correct, will make it a case of attempted murder; to deliberately and slowly kill a prisoner of conscience in prison, and hence, the Public Prosecutor will be primarily responsible if he continues to ignore these violations.

Arrested in April 2018, blogger Mohamed Oxygen is about to complete three years in pretrial detention over three farcical and fabricated political cases. During this period, he did not breathe the air of freedom except for only two months: from July 2019 to September 2019. He has been denied visits and deprived from seeing his family or contacting the outside world since a year ago when he was transferred to the notorious Tora 2 Maximum Security Prison. He has been also deprived from receiving food from his family. But the prevailing policy of impunity and the absence of the political and legal will to respect the law or the rights of human beings and prisoners have led the Ministry of Interior to exacerbate its violations against prisoners.

Lawyer Gamal Eid, director of ANHRI, said: “I received information about deterioration in Mohamed Oxygen’s health and gross negligence in providing medical care to him, but unfortunately we are not able to verify it. The Ministry of Interior is depriving him of seeing his family or communicating with the outside world, while the Public Prosecutor remains silent and ignores such violations and the undermining of the law! We fear for his life and hold the Public Prosecutor and the Minister of Interior fully responsible for his life and safety”.

Video in Arabic and English about Oxygen: