The curse of “rotation” and tampering with the law strikes blogger Mohamed Oxygen… ANHRI calls on the Public Prosecutor to close the Case No. 855 and release all innocent citizens 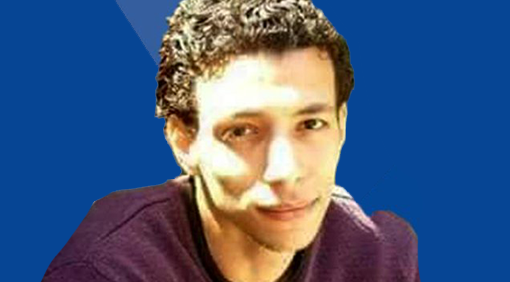 The Arabic Network for Human Rights Information (ANHRI) said today that the curse of “rotation”- rotating pretrial detainees into new cases- has struck her client blogger Mohamed Oxygen, who was interrogated yesterday evening into Case No. 855 of 2020 State Security on the common charge “joining a terrorist group”, a few days after the Criminal Court decided to replace his pretrial detention in Case No. 1356 of 2019 State Security with precautionary measures (ordering his probationary release).

ANHRI added that blogger Mohamed Oxygen refused to appear before the State Security Prosecution for investigation, rejected the investigator’s attempts to dissuade him from his decision and insisted on his rejection to answer any question addressed to him. Both Oxygen’s lawyer and prosecutor responded to his request, however the Prosecution decided to charge him with “joining a terrorist group with knowledge of its purposes”, which is the same charge over which he was detained in the previous fabricated cases: Case 621 of 2018 State Security and Case No. 1356 of 2019 State Security.

It is noteworthy that blogger Mohamed Oxygen was arrested on 6 April 2018 and had been subjected to enforced disappearance until he appeared at the Supreme State Security Prosecution’s headquarters on 16 April 2018. He was interrogated pending the Case No. 621 of 2018 State Security on charges of joining a terrorist group with knowledge of its purposes and spreading false news and statements. Then on 22 July 2019, the criminal court ruled to replace the blogger’s pretrial detention with precautionary measures.

However, shortly thereafter, Oxygen was arrested once again from inside the Basateen Police Center in September 2019 while he was serving his precautionary measures. He had been subjected to enforced disappearance at one of the National Security Apparatus’ headquarters, before he appeared on 8 October 2019 at the Supreme State Security Prosecution as he was included ‘rotated’ into Case No. 1356 of 2019 over the same trumped-up charges: colluding with a terrorist group to achieve its goals and publishing false news and statements. The Prosecution decided to keep him locked up pending a new case to start a new phase of remand detention that lasted for a period of 14 months, before the criminal court ordered his probationary release on 3 November 2020.

Nevertheless, the security services did not respect the release order issued by the court, and decided to illegally keep him in custody to be brought once again for investigation in Case No. 855 of 2020, with the same accusation pressed against him in the two previous cases, despite the fact that the two criminal courts- with different judges in different years- had previously deemed it unsubstantiated and accordingly ordered the blogger’s release.

ANHRI, hence, raises question about the reasons behind the State Security Prosecution’s involvement in the crackdown against blogger Mohamed Oxygen, wondering why it ordered his detention once again over the same accusation that the criminal court deemed it unsubstantiated, especially that the Prosecution itself didn’t appealed against the release order issued for Oxygen in Case No. 1356 of 2019 State Security .

ANHRI called on the Public Prosecutor to issue a direct order to his subordinates in the Supreme State Security Prosecution to close the case file No. 855, into which many pretrial detainees including journalists and activists have been rotated. It also demanded the release of all those interrogated pending the case.

ANHRI also called on the Supreme Judicial Council to address the phenomenon of “rotation”, which has become a barrier to the release orders issued for those held in remand detention; so that judicial decisions wouldn’t turn into a mere ink on paper and that the National Security (State Security) apparatus wouldn’t be the major body that determines the fate of citizens.