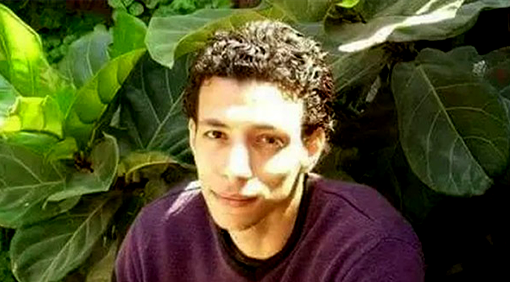 The Arabic Network for Human Rights Information (ANHRI) said today that the “brutality and abuse practiced by Tora Maximum-Security Prison II administration against our client Mohamed Ibrahim Mohamed Radwan, also known as “Mohamed Oxygen”, constitutes one of the forms of the cruel and inhuman treatment prohibited by international law and the conventions that Egypt signed and ratified, in addition to being a brutal and sadistic practice.” The last episode of this abuse is the prison administration’s refusal to allow visitation for him or a deposit of a sum of money to his prison account to enable him to purchase his necessary supplies and needs, in addition to his denial of medications and food that his family has brought in what is known as “Tablyia”- a matter that is permitted for prisoners and detainees before and after the coronavirus pandemic.

ANHRI, hence, questioned such secret and unfair orders wondering who stands behind them to crack down against its client who should have enjoyed all the guarantees and rights stipulated in the law and prison regulations, expressing its grave concerns for the safety and life of its persecuted client who has become trapped inside one of the worst prisons in Egypt (Tora Maximum-Security Prison II). Nearly a month ago during which no one heard from him, Mohamed Oxygen was secretly transferred to Tora Prison, as his presence there was discovered by chance. “Oxygen” is being held in extremely poor and inhuman conditions in the prison, in a flagrant violation of the constitution, the law, and the U.N. Standard Minimum Rules for the Treatment of Prisoners, which the Prison Authority officials claim day and night that they adhere to, and in light of inaction by the Public Prosecution that should have protected his rights.

Blogger Mohamed Oxygen, noteworthy, was arrested in September 2019 from Al-Basateen Police Station where he was carrying out his precautionary measures pending Case No. 621 of 2018 State Security. He had been under enforced disappearance at one of the National Security Apparatus’ headquarters until he appeared on 8 October 2019 inside the Supreme State Security Prosecution, before he was unjustly added to another case (Case No. 1356 of 2019 State Security) over the usual fabricated charges, including: abetting with a terrorist group to achieve its goals and disseminating false news and statements. Thereafter, he was ordered to be held in pretrial detention pending the case.

ANHRI called on the Public Prosecutor to exercise his powers and responsibilities in protecting Egyptians from the Interior Ministry’s violation of the law and its encroachment on citizens’ rights. The Arabic Network reminds him that he is a public prosecutor who represents all Egyptians and is supposed to seek to establish the rule of law and to mete out maximum punishment to the perpetrators of such infringements, since the Interior Ministry is flagrantly violating the law.

ANHRI also called on the Public Prosecutor to stop the unlawful embargo on blogger Mohamed Oxygen- which violates the Law Regulating Prisons, to enable him to receive family visits and to use the prison canteen food portion, and to bring to account the Interior Ministry officials for such grave violations against the blogger.

We also demand that the Public Prosecution heads to Tora Maximum-Security Prison II to hear the statements of blogger Mohamed Ibrahim regarding the abuse, crackdown and the denial of family visits he is subjected to, which all constitute flagrant violations that need urgent investigation in order to preserve his life and legal rights.