Jordan, which claims the sky’s the limit for its press freedom, detains cartoonist Emad Hajjaj over a cartoon 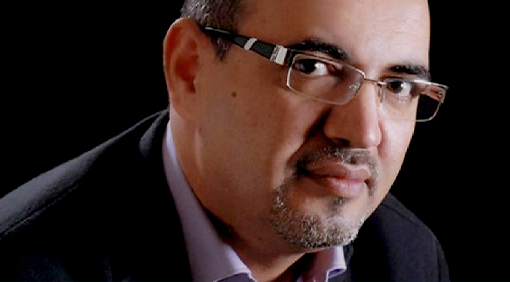 Cairo: 27 August 2020
The Arabic Network for Human Rights Information (ANHRI) condemned today Oman’s Public Prosecutor’s decision to arrest cartoonist Emad Hajjaj, under the country’s cybercrimes law, upon his return from the Jordan’s Ghor region, for publishing a satirical and critical cartoon made by him.
Yesterday (Wednesday) 27 August 2020, Oman’s Public Prosecution ordered the detention of Jordanian cartoonist Emad Hajjaj, who is known for his satirical character “Abu Mahjoub”, over a caricature in which he mocked the Israeli Occupation Forces’ rejection of the United States selling “F-35” planes to the UAE following its decision of normalizing relations with Israel, which the Jordanian authorities deemed “offensive” and accordingly order the Hajjaj’s arrest hours after publishing his cartoon.
Emad Hajjaj, 53, is a cartoonist and a member of the Jordanian Journalists Syndicate. His drawings are very popular among the Jordanian people as well as the Arab world. Most of his caricatures revolve around the fictional character “Abu Mahjoub” and his neighbor “Abu Mohamed” representing the reality of Arab society.
“The arrest of Emad Hajjaj in a publishing-related case constitutes a flagrant violation of freedom of expression and a sort of intimidation practiced by the Jordanian government against a creative artist who is respected and appreciated by millions of people, ANHRI’s director Gamal Eid said.
Eid added, “Hajaj’s detention contradicts the promises made by the King of Jordan as he undertook to protect and preserve freedom of expression for being an essential pillar in a democratic state. It also contradicts the slogan that the king launched when he asserted that the sky is the limit of the country’s press freedom!!”.
ANHRI called on the Jordanian authorities to immediately release cartoonist Emad Hajjaj and to stop the incarceration of people over publishing cases. It also demanded to recognize the difference between opinion-related cases and cybercrimes, and to give artists and journalists the opportunity to freely express their opinions without any restrictions.