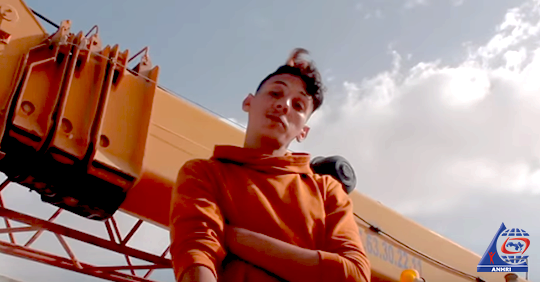 The Arabic Network for Human Rights Information (ANHRI) said today: “We are looking forward to achieving justice by releasing student Hamza Asbaar, ordering his acquittal of the charges pressed against him for performing a rap song, in the appeal hearing set to be convened tomorrow Thursday, January 16.”

ANHRI added, “Receiving a four-year prison sentence for performing a song is a very harsh ruling that puts Hamza Asbaar at the forefront of prisoners of conscience in Morocco. It strongly violates the Moroccan Constitution which provides for ensuring freedom of expression. There is still a chance before the Court of Appeal to achieve justice and protect the future of student Hamza Asbaar. “

The case dates back to Saturday, 28 December 2019, when the security forces arrested Hamza Asbaar from a football stadium in El- Aaiun city after he performed a song dubbed “We Understand” at the request of the audience. Consequently, on Monday, December 30, he appeared before the investigating judge who interrogated him for three hours. Then an urgent hearing was set for him the next day (Tuesday, December 31) during which he was sentenced to 4 years in prison and a fine of 10,000 dirhams (approximately $ 1,000); for allegedly “insulting sanctities”, only because of a song criticizing the political, economic and social conditions in the country.

The unfair ruling issued against comes in light of a sharp deterioration in rights and freedoms in Morocco especially freedom of expression, as part of the crackdown launched by the Moroccan authorities with the aim of preventing citizens from expressing their views criticizing the poor economic conditions facing the majority of the population, alongside the calls for the administrative reform of state bodies.”

It’s worth mentioning that Hamza Asbaar is a second-year high school student at “Al-Marsa” School in the port of Al-Marsa, south-west of El-Aaiun city. He is only 19 years old, and his father had been working for the Moroccan Auxiliary Forces before his retirement.