(Beirut) – Egyptian authorities should cease the harassment and persecution of prominent human rights defender and journalist, Hossam Bahgat, who faces abusive charges intended to punish him solely for exercising his right to freedom of expression and his human rights activism, 46 human rights organizations said today.

The verdict in the trial of Hossam Bahgat, executive director and founder of the Egyptian Initiative for Personal Rights (EIPR), is expected on November 29, 2021. Bahgat is charged with “insulting the Elections Authority,” “spreading false news,” and “using a social media account to commit these crimes” in response to a tweet he posted criticizing the former head of Egypt’s National Elections Authority, the late Lashin Ibrahim, for his oversight of parliamentary elections. This case is the latest salvo in a years-long campaign targeting Hossam Bahgat who is well-known for his human rights activism and investigative journalism.

In 2016, the authorities arbitrarily banned Hossam Bahgat from traveling and froze his assets in relation to Case 173, known as the infamous “foreign funding” case, a decade-long abusive criminal investigation that targeted dozens of nongovernmental organizations – unjust restrictions that remain in place today. In July 2021, an investigative judge in Case 173 summoned Hossam Bahgat and interrogated him on the basis of investigations by the notorious National Security Agency (NSA) accusing him of inciting the public against state institutions. While the investigative judges dropped their investigations against 75 NGOs and some 220 activists and employees, Hossam Bahgat and the EIPR remain subject to the ongoing investigation. In November 2015, Egyptian authorities unlawfully detained Bahgat for three days on charges of publishing false news following his investigation published by the independent news site Mada Masr detailing the military trial of several military officers in relation to a plan to overthrow the government.

“The Egyptian government’s retaliation against Hossam and other EIPR leaders is a threat to the human rights community in Egypt and part of a pattern that threatens to cripple civil society,” said Mohamed Zaree, head of the Egypt program at the Cairo Institute for Human Rights Studies. “We strongly condemn this clear pattern of harassment and intimidation against Hossam Bahgat solely because he insists on exercising his right to free expression.”

In November 2020, three top EIPR staff members – Gasser Abdel-Razek, Karim Ennarah, and Mohamed Basheer – were arrested and detained for several days on unfounded terrorism charges following their meeting with European diplomats about Egypt’s human rights crisis. They were released within days following a global outcry but all three remain subject to travel bans and asset freezes.

In February 2020, the authorities arrested Patrick George Zaki, a gender and sexuality rights researcher at EIPR, on his arrival at Cairo Airport from Italy, where he had been studying. During his detention, NSA officers subjected him to torture through the use of electric shocks and beatings, according to sources familiar with the case. After 19 months of detention without trial, prosecutors referred him to an Emergency State Security Court for trial over unfounded “disseminating false news” charges which is set to resume on December 7, 2021.

“As part of their unrelenting assault on the human rights movement, Egyptian authorities have a long track record of targeting Hossam Bahgat and other directors and staff at EIPR, one of Egypt’s leading human rights organizations, through unjust prosecutions, arbitrary arrests and detention, travel bans and asset freezes,” said Amnesty International’s Middle East and North Africa Research and Advocacy Director, Philip Luther. “Egyptian authorities must halt their endless misuse of the justice system and drop all spurious charges against Hossam Bahgat, close Case 173 once and for all, and lift arbitrary travel bans and asset freezes.” 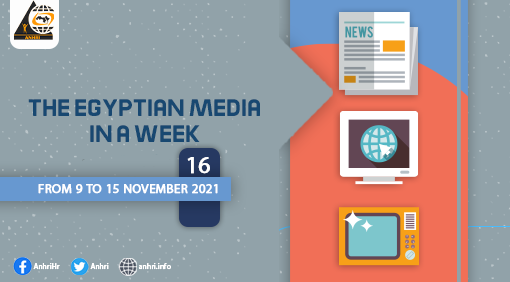