Human rights defender Amr Imam has also exceeded the legal limit for pretrial detention, and the Public Prosecutor is complicit in the human rights violations in Egypt 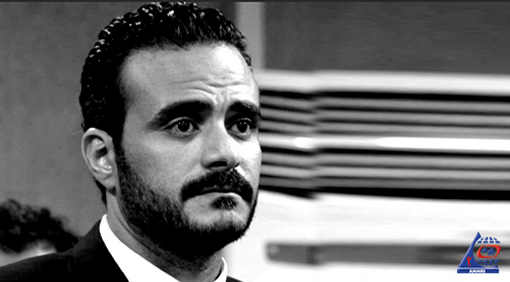 The Arabic Network for Human Rights Information (ANHRI) called on the Public Prosecutor to immediately and unconditionally release human rights lawyer Amr Imam, who has exceeded the two-year legal limit for remand detention, in flagrant violation of the Constitution and the law. His detention now has become illegal, and his rotation (being added to new cases while in detention) constitutes a deliberate measure to deprive him, and those in similar circumstances, of freedom.

The security forces arrested human rights lawyer Amr Imam from his house in the Maadi neighborhood on the 16th of October 2019, after he played a prominent role as a human rights lawyer in defending hundreds of citizens arrested against the backdrop of the September 2019 Protests. He was arrested only two days after he criticized and peacefully expressed his opinion regarding the arrest of journalist Esraa Abdel-Fattah and the harsh treatment she had endured (as she mentioned before the State Security Prosecution) on his personal Facebook page.

After his arrest, they took him to the National Security Apparatus in Abbasiya district, and he appeared before the State Security Prosecution the next morning. Imam is accused of the repeated unsubstantiated charges of “joining a terrorist group with knowledge of its purposes, misuse of social media, and dissemination of false news and statements” in connection with Case No. 488 of 2019 Supreme State Security, which is same case in which journalist Esraa Abdel-Fattah is involved. He was then ordered detained pending the case.

On 26 August 2020, the Supreme State Security Prosecution brought the human rights lawyer out of his jail in Tora Prison (Agriculture Ward) and interrogated him over Case No. 855 of 2020 State Security Restriction on charges of “joining a terrorist group and committing a terrorist financing crime”, with allegations that “he met with a number of a terrorist group’s members during his permitted exercise hours in prison and received money from them with the aim to financially supply other members outside prison to commit terrorist crimes”. Consequently, the Prosecution decided to hold him in pretrial detention for a period that would start after the end of his detention pending the Case No. 488 of 2019.

Gamal Eid, ANHRI’s director, said: “the policy of fabricating charges and punishing dissidents constitutes a blatant violation, and with the complicity of the Public Prosecutor and the recycling of defendants in trumped-up charges while they are in pretrial detention, it is considered an additional violation represented in depriving citizens’ freedom under no legal ground. We hence demand the Public Prosecutor to immediately release Amr Imam along with other prisoners of conscience and those who have reached the legal limit for remand detention, and to stop wasting the rule of law and underestimating justice. ANHRI also calls on all those concerned with justice in Egypt to take a serious stand and reconsider those policies that have put thousands of citizens, human rights defenders, dissidents, and journalists behind bars for months and years based on unsubstantiated accusations that are clearly fabricated and lack credibility.