Shutting minds and silencing the future: what the Dubai Expo really covers up 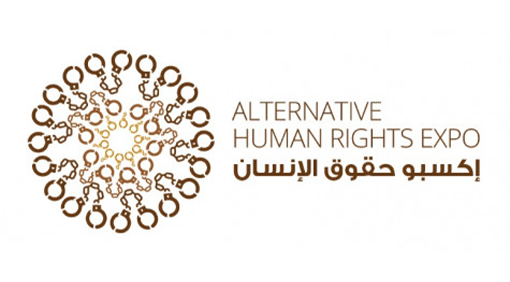 (Geneva/Beirut) — From 1 October 2021 to March 2022, the United Arab Emirates (UAE) will host the Dubai Expo, the first World Expo to be held in the Arab World. Two dozen human rights partners* led by the Gulf Centre for Human Rights (GCHR) are launching a campaign and holding an event on 14 October (See: alternativehrexpo.org) to counter the narrative of “tolerance” and “openness” that the UAE claims to uphold and aims to feature at the Dubai Expo, and highlight the ongoing repression in the country and the region.

“The UAE claims that when the world comes together, we create a better tomorrow,” said Khalid Ibrahim, Executive Director of GCHR. “But coming together to hear diverse voices and create a better world isn’t possible when you lock up people for speaking their minds. In the UAE, every single human rights defender has been exiled or imprisoned in violation of their right to freedom of expression. Not one of them has been invited to the Dubai Expo,” he added.

The campaign calls for the release of human rights defenders Ahmed Mansoor, Dr. Nasser Bin Gaith, and three members of the group of prisoners known as the UAE94: Dr. Mohammed Al-Roken, Dr. Mohammed Al-Mansoori and Mohammed Abdul Razzaq Al-Siddiq. On 30 September 2021, 80 NGOs signed a joint letter calling for their release. The public is also asked to sign a petition initiated by the International Campaign for Freedom in the UAE  (ICFUAE).

On 16 September 2021, the EU Parliament adopted an urgent resolution recognising the systematic persecution of human rights defenders in the UAE and calling for the UAE to release the prisoners mentioned above, stop the harassment of and immediately lift the travel ban against human rights defenders and guarantee they are able to carry out their human rights activities. This situation has been largely documented by numerous NGOs and UN human rights experts.

“The Dubai Expo is a perfect example of how the UAE uses its vast wealth to show beautiful things while they hide the total lack of freedom in the country. I was lucky to be out of the country or I would be with most of the other UAE 94 who have been in prison since 2012. They have now designated me as a terrorist. But for them anyone opposed to them is a terrorist,” said Hamad Mohammed Al-Shamsi, President of the Emirates Detainees Advocacy Center.

Despite this international criticism and as the only candidate for the MENA region, the UAE will almost certainly be selected by the United Nations General Assembly to join the UN Human Rights Council for a three-year term. The election is scheduled on 14 October 2021.

“The fact that the UAE will ultimately get elected is outrageous. Membership of the UN’s main human rights body should be reserved to States that don’t criminalise, detain and torture those who seek to provide information on the human rights situation in their country. We are calling on all UN States to not vote on this or any candidate that does not uphold the highest human rights standards. Candidates must still secure at least a two-thirds majority of all voting States to obtain a seat at the Human Rights Council,” said Salma El Hosseiny, Human Rights Council Programme Manager at the International Service for Human Rights (ISHR).

On this same date, 14 October, the campaign will hold an Alternative Human Rights Expo that will gather artists, poets, writers, singers, musicians and activists from the wider MENA region to feature their creative talents and pay tribute to the human rights defenders detained or silenced in the UAE.

What? An Alternative Human Rights Expo organised by the Gulf Centre for Human Rights (GCHR) and partners will gather artists, poets, writers, singers, musicians and activists from the wider MENA region to feature their creative talents and pay tribute to the human rights defenders detained or silenced in the UAE.

Link to programme: Visit the campaign and event website at https://alternativehrexpo.org

Thanks to Innovation for Change and Qurium Media Foundation for their generous support for the website, and FIDH, GCHR and CIVICUS for supporting the event.

The campaign calls on the Emirati authorities to release:

●     Ahmed Mansoor, an Emirati poet and board member of the Gulf Centre for Human Rights (GCHR) and Human Rights Watch, who is currently serving an unjust 10-year prison sentence for his human rights activities, handed down on 29 May 2018, following his arrest on 20 March 2017. His wife and four sons live in the UAE. Mansoor’s poetry will be featured at the Alternative Human Rights Expo.

●     Dr. Nasser Bin Ghaith, an academic and lecturer at the Sorbonne University Abu Dhabi, who was  arrested on 18 August 2015 following his online protests about being tortured during a previous detention in 2011. He was sentenced to 10 years in prison on 29 March 2017 after prolonged pre-trial detention.

●     Human rights lawyer Dr. Mohammed Al-Roken, human rights lawyer Dr. Mohammed Al-Mansoori and Sheikh Mohammed Abdul Razzaq Al-Siddiq, all members of a group of prisoners known as the UAE94, who were sentenced on 02 July 2013 to 10 years in prison for their online activities calling for democratic reform. Al-Siddiq’s daughter Alaa Al-Siddiq, Executive Director of AL-QST for human rights, died tragically in June 2021, and her work will be featured at the Alternative Human Rights Expo.

●     The campaign also calls for the release of all prisoners of conscience in the UAE.

The campaign is co-sponsored by the following organisations: