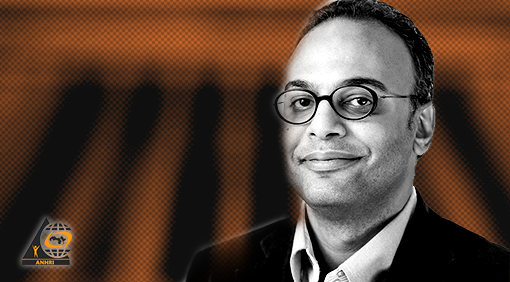 The undersigned human rights organizations condemn the Public Prosecution’s summoning of prominent human rights defender Hossam Bahgat, the founding executive director of the Egyptian Initiative for Personal Rights (EIPR), for investigation in a new case, no. 35 of 2020.  Requested by the acting head of the National Elections Commission (NEC), the investigation is centered upon a tweet Bahgat published in 2020 on his personal Twitter account, in which he criticized the former NEC’s head for violations that marred last year’s parliamentary elections.

The summoning is indicative of the Egyptian government’s concerted campaign targeting Bahgat as an individual and the EIPR as an organization. Coming six months after the request for investigation was filed, the timing raises questions about the intent behind the summons – mostly likely a continuation of the harassment and prosecution of EIPR staff, who had been previously prosecuted  last November 2020 after announcing a meeting with a number of ambassadors and officials from Europe and Canada at the organization’s headquarters. EIPR’s administrative manager Mohamed Basheer, its former director Gasser Abdel-Razek, and the director of its Criminal Justice Unit Karim Ennarah, were all arrested before later being released after a wide international solidarity campaign.

This is the third case brought against Hossam Bahgat. He was previously arrested and interrogated before the Military Prosecution in Case no. 14477 of 2016, over an investigative journalism piece published on the news website Mada Masr. As founder and director of EIPR, Bahgat has also been investigated and prosecuted under Case no. 173 of 2011, known as the “Foreign Funding Case”, under which he has been banned for travel for over five years, and has had his assets frozen.

The prosecution and harassment of Hossam Bahgat and the EIPR are a manifestation of  Egyptian state security’s widespread campaign against the human rights community: over 30 Egyptian human rights defenders are banned from travel pending investigation in Case no. 173, while the assets and funds of over 15 human rights and organizations have been frozen , and many employees of the organizations prosecuted under the case have been summoned for investigation.

A number of human rights defenders have also been detained following false accusations, including human rights lawyer Mohamed El-Baqer, director of Adalah Center for Rights and Freedoms, and Ezzat Ghoneim, director of the Egyptian Coordination for Rights and Freedoms. Human rights defender Bahey eldin Hassan, director of the Cairo Institute for Human Rights Studies, was sentenced multiple times in absentia by the Cairo Criminal Court over opinions he expressed on social media; the first sentence was three years in prison and the second was fifteen years in prison.

The renewed prosecution of Hossam Bahgat in the context of a widening state campaign against civil society is a clear refutation of the Egyptian government’s expressed intent to review its human rights file. Furthermore, it indicates that Egypt has no intention of ending reprisals against human rights defenders, as it has been urged to do repeatedly by the international community, notably in the joint international declaration issued in March of this year by over 30 countries during the 46th session of the United Nations Human Rights Council.

The joint international declaration clearly condemned the Egyptian government’s pervasive human rights violations and the continuation of its security and judicial prosecution of human rights defenders, which was dismissed as allegations by Egypt’s Ministry of Foreign Affairs, despite these violations and prosecutions being widely known, with many prominent activists and human rights defenders currently behind bars for engaging in peaceful advocacy or political opposition.

The signatory organizations call on Attorney General Hamada el-Sawy to halt the security prosecutions of EIPR’s employees, of which the summoning of its executive director Hossam Bahgat is only the most recent, and to close the new case under which he is being investigated, no. 35 of 2020. The signatories further call upon the Egyptian government to seriously address the international criticism of Egypt’s appalling human rights record, often compared to that Syria and North Korea. The Egyptian authorities must take effective steps to end human rights violations instead of targeting even more human rights defenders, and issuing statements denying the existence of such targeting,

The organizations affirm that the government’s repressive practices will not deter them from continuing to defend human rights in Egypt, including by exposing the state’s repressive security practices against individuals and organizations in retaliation for exercising the rights guaranteed to them by Egypt’s constitution and the international treaties to which the state is a signatory.