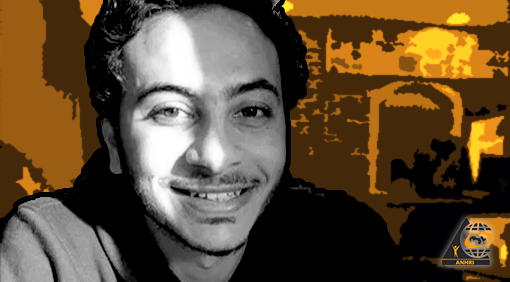 The undersigned rights organizations condemn the sentencing of researcher Ahmed Samir Santawy to four years in prison, on 22 June, by the Emergency Supreme State Security Court in Case no. 774 of 2021. The verdict, which cannot be appealed, also included a fine of LE500, and is based upon dubious charges of “spreading false news” from abroad on a social media account. The undersigned call upon President Abdel Fattah al-Sisi use the legal powers vested in him by refusing to ratify the exceptional sentence and ordering Santawy’s immediate release.

The verdict against Santawy is not subject to appeal due to its issuance by the Emergency Supreme State Security Court, an exceptional court that tries defendants under emergency law. The state of emergency, imposed by President Sisi and renewed by executive decree on all parts of the country since 2017, further enables the violations already endemic to Egypt’s judicial process, depriving defendants of their right to fair trial and due process guarantees.

It is worth noting that Ahmed Samir Santawy – who is a master’s student at the Central European University in Vienna –  has been held on remand for over four months, since 6 February 2021, in connection with Case no. 65 of 2021/Supreme State Security. Prior to that, he was forcibly disappeared  for five days before being presented to the Public Prosecution. The prosecution disregarded requests by Santawy’s defense counsel for a medical exam of their client and an investigation into the alleged physical assaults against him. Santawy was then added to another case, the aforementioned no. 774 under which he was just sentenced to prison, on the basis of charges similar to those in the first case against them. This irregular process is known

as “recycling cases,” and is designed to keep defendants – especially those perceived as government critics or opponents – perpetually behind bars by bringing new cases against them upon their release from prison or the end of their previous sentences.

The arbitrary four-year prison sentence against Santawy was issued only a month after the investigation under the new case began. The State Security Prosecution interrogated him on 22 May 2021 about a Facebook page allegedly linked to him; Santawy denied any connection to the account. During the same interrogation or investigation session, the defense counsel requested that Santawy be referred to amedical exam, in order to corroborate his allegation of the deputy warden’s violent assault of him the previous day in Liman Tora Prison. Yet the prosecutor, for the second time, ignored the defense’s requests and the deputy warden was not investigated.

The Emergency Supreme State Security Court’s sentencing was reliant upon evidence that could easily be falsified, and is limited to a photo that includes a Facebook post allegedly by Santawy. The Facebook account attributed to Santawy was not digitally viewed, nor was it subjected to examination. The court also ignored the contradiction between national security investigations and the report of the General Department of Criminal Evidence, which has negated the credibility of all evidence upon which the 22 June verdict is justified.

The abuse, prosecution, and imprisonment of master’s student and researcher Ahmed Samir Santawy is part of a wider campaign targeting the Egyptian academic community, at home and abroad, in an effort to circumscribe academic and research output within narrow boundaries considered acceptable by the government of Egypt. In addition to Santawy’s immediate and unconditional release, the undersigned demand an end to this relentless security campaign targeting Egyptian academics. Researcher Patrick George Zaki continues to be held in pretrial detention, while researcher is behind Walid Salem from travel.