Labor and Social Protests In the 1st half of June 2021 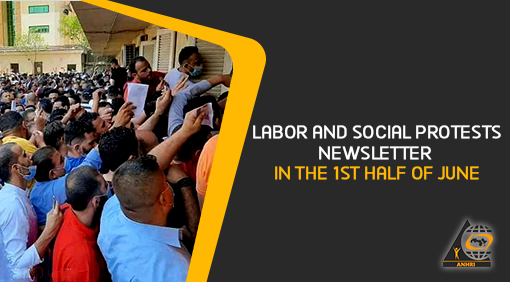 Eleven protests took place in the first half of June when labor protests decreased again. Only two labor protests have been monitored during the reporting period in addition to nine social protests.

The reporting period have witnessed the resurgence of the phenomenon of forced eviction and the demolition of houses by force, like what happened in the neighborhood of Ezbet Nady al-Seid in Alexandria’s Muharram Bek district. This has sparked public outrage among the neighborhood’s residents leading to confrontations and clashes with the security forces in charge of demolishing the residential buildings.