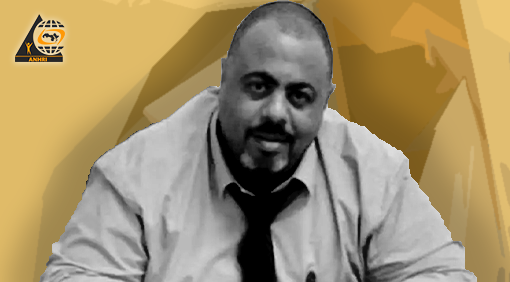 The undersigned human rights organizations condemn the prevention of health care to human rights lawyer Muhammad Ramadan, who is being held in pretrial detention pending case 467 of 2020, in Tora investigation prison, and hold the Ministry of Interior fully responsible for his safety. Ramadan’s health condition has been continuously deteriorating since the beginning of his pretrial detention in 2018. He suffers heart problems, high blood pressure and severe pain in his knee joints.

Last month, Ramadan complained of constant pain in the knees, to the point of his inability to sit or move normally. The Tora Prison administration did not enable him to obtain the necessary medical care for his condition, which prompted him to repeat his request for access to a medical examination. On May 2, the prison officers decided to further their maltreatment of him as punishment for his repeated request for medical examination, as he was transferred to another poorly ventilated ward. He has also been denied family visits for two months.

Ramadan has been in remand detention since security forces arrested him in Alexandria, on December 10, 2018, for posting a personal photo of himself on his Facebook page wearing a “yellow vest”. The prosecution decided to imprison him on charges of joining a banned group and spreading false news, in connection with Montaza administrative case No. 16576 of 2018.

After two years of his remand detention, the maximum limit permitted by law, the Counseling Chamber of the Alexandria Criminal Court decided to release him on December 2, 2020. However, the Ministry of Interior did not release him, until he was presented again, on December 8, to the Supreme State Security Prosecution, tis time on case 467/2020. The accusations centered on joining a banned group, against the background of a security investigation report, which claimed he published messages from his prison aimed at disrupting stability. Ramadan remained in pretrial detention through paper-based renewal decisions without his presence, in flagrant violation of the right to a fair trial.

Muhammad Ramadan suffered from cardiovascular insufficiency while he was held ffor the first case in Borg Al Arab prison in Alexandria, and during this period he suffered from high blood pressure as well. Ramadan has been subjected to a series of violations in the past. In 2016, the police arrested him several days after it raided his home in his absence, and illegally detained his mother for several hours. He was also imprisoned in June 2017 before being released in August of the same year. In addition, the Ministry of Interior refused to allow him to attend the funeral of his mother in July 2018.

The undersigned organizations demand that the Tora Investigation Prison transfer Muhammad Ramadan to the hospital and conduct all the necessary medical examinations, especially since this prison witnessed the death of Shady Habash a year ago, after being denied necessary medical care for his condition. The signatory organizations call on the Public Prosecution to release Muhammad Ramadan and drop the charges against him, being a prisoner of conscience, who was arrested for exercising his basic rights. The Public Prosecution must also immediately investigate the Tora Investigation Prison administration for denying Ramadan necessary medical care. The signatory organizations stress the necessity of stopping the arbitrary measures against Ramadan, returning him to his previous detention ward and allowing him visits.