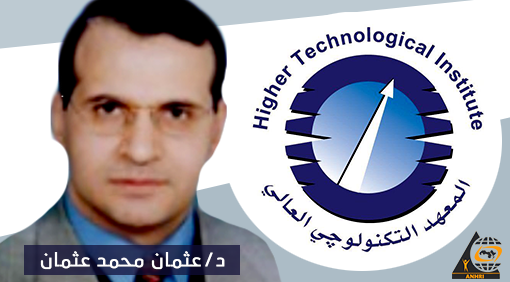 The Arabic Network for Human Rights Information (ANHRI) said today that Dean of the Higher Technological Institute (HTI), Dr. Othman Muhammad Othman, continues to deprive Dr. Manar Al-Tantawi of earning her habilitation/ professorship degree despite the approval of the Scientific Committee and the decision issued by the Supreme Council of Universities in February 2020 to obtain her a professorship. Although more than a year has passed since obtaining the deserved academic degree, the Dean of the Institute still denies her this right, which constitutes a violation of the law and the academic norms, not to mention the undermining of her moral and material rights.

Dr. Manar Al-Tantawi is the wife of former prisoner of conscience and journalist Hisham Jaafar, who was released after spending three and a half years in pretrial detention. She works in the Higher Technological Institute (HTI) – 10th of Ramadan City, 6th of October branch. She obtained her professorship degree after checking her scientific output by the Standing Scientific Committee in December 2019. Then the Supreme Council of Universities issued a decision approving to obtain her the degree in February 2020. The decision was sent to HTI, but the Dean (Othman Muhammad Othman) refused to approve the scientific title and the material and moral rights it would entail. He even refused to reinstate Dr. Manar Al-Tantawi to her position as Head of Department at HTI, from which she had resigned due to illness, and when she recovered and requested to be reinstated in October 2020, he refused and procrastinated on the matter.

Consequently, Professor and Dr. Manar Al-Tantawi resorted to numerous friendly attempts to urge the Dean of the Institute to respect the law and academic norms. Then, on 14 March, she sent him a legal warning demanding to put an end to such arbitrariness especially that she is the oldest and the most deserving one to this position (Head of Department), thereby enhancing her entitlement to the professorship degree. In addition to that, the security services, which supposedly have no connection with scientific matters, did not ask to deprive Al-Tantawi of her scientific and legal right. However, the repeated replies of the HTI Dean- such as “I want to be away from problems”, ” It is up to the Ministry and security apparatus”- show that getting closer to the security services (which didn’t intervene in the first place) has become the main factor that controls and determines the obtaining of scientific degrees and rights, which unacceptable and illegal, especially in universities and academic institutions.

ANHRI, hence, hopes that the Dean of HTI (Othman Muhammad Othman) complies with the law and academic norms, and restores the right of Dr. Manar Al-Tantawi to obtain her scientific degree as well as her well-deserved position as Head of Department and the consequent restitution of her material and moral rights.

For information on former prisoner of conscience Hisham Jaafar