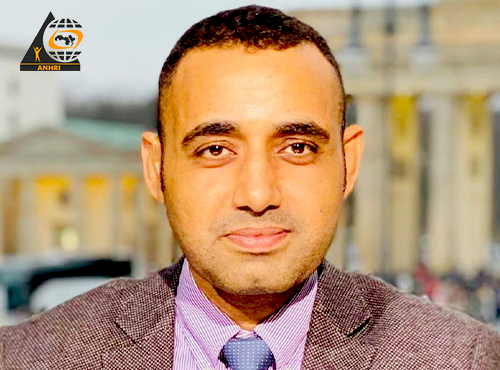 The Arabic Network for Human Rights Information (ANHRI) condemns, today, the National Security apparatus’ raiding of the house of the Egyptian Germany-based academic Taqadum Al-Khatib, located in Luxor governorate, and the seizure of his belongings including his papers and personal photos, along with his father’s cell phone, in a police practice that we hope will not pass without punishment like other brutal violations.  Professor Taqadum Al-Khatib’s parents, who are residing in Luxor, were surprised at dawn today with 8 security personnel, led by a National Security office, storming their house, searching it and seizing the papers and personal pictures of the academic. They also seized the cell phone of his retired father and questioned the parents about their son’s place of residence and workplace in Germany, and also whether he is currently residing in Turkey.

It is noteworthy that Taqadum Al-Khatib was awarded a PhD scholarship to complete his studies in Germany, but it was suspended in an attempt to punish him for his criticism of political repression in Egypt. However, and because of his academic efficiency, he managed to obtain the doctorate and work at a German university two years ago.

ANHRI believes that the raid on the house of Taqadum Al-Khatib’s elderly parents and their intimidation constitute a threatening police message to him to stop his criticism of the lack of democracy and the rampant political repression in Egypt.

The storming of Taqadum Al-Khatib’s house is part of a series of police measures that are carried out against the families of opponents and critics living abroad. These measures have reached the extent of arresting some of those of them and fabricating cases against them as an attempt to put pressure on these opponents and force them to remain silent.

ANHRI previously issued a report on the threat and targeting of the families of Egyptian dissidents living abroad. The report is entitled “Your Family is in our Custody”- https://www.anhri.info/?p=20178&lang=en

However, because of the absence of punishment and accountability as well as the Public Prosecution’s disregard for such police practices, this police approach still continues.

ANHRI calls on the Public Prosecutor to assume his role in implementing the law and holding accountable those who trample over it, so that the phenomenon of impunity will not continue to fester. ANHRI also demands to open an investigation with those responsible for intimidating and violating the rights of the family of Taqadum Al-Khatib.