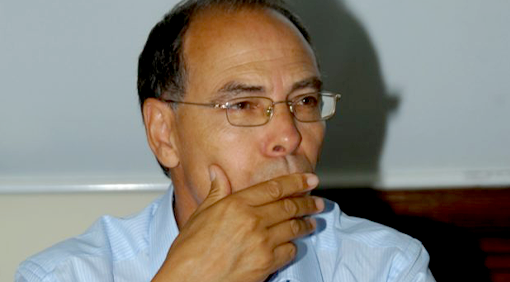 Cairo: 11 January 2021
The Arabic Network for Human Rights Information (ANHRI) said today that the Moroccan authorities should immediately release prominent academic and human rights defender Maati Monjib, who was arrested on 29 December 2020 in a culmination of 5 years of prosecution, crackdown and defamation to stop his harsh criticism of human rights violations and the deterioration of freedom of expression in Morocco.
Maati Monjib is a distinguished academic and human rights defender. He is now the president of the nongovernmental organization “Freedom Now” that defends freedom of expression and press freedom in Morocco. He has consistently disclosed being blatantly targeted and prosecuted by the police with investigations and police summons; against the backdrop of his insistence on exercising his legal right to criticize and voice his views emanating from his duty as an independent human rights defender in Morocco. As a result, he has been arrested over flimsy and fabricated accusations including “money laundering”, following nearly 20 investigations and police summons, which didn’t stop him from defending human rights or slamming the government for its deteriorating human rights record over several years, as well as its arrest of many independent journalists and the expansion of human rights violations under the guise of the government-controlled yellow journalism.
ANHRI said “The current deterioration of the situation of human rights and freedoms in Morocco may be the worst since the era known to Moroccans as the Years of Lead, which Maati Monjib himself was one of its victims as he was forced into exile for about 7 years during which he had to live away from his own country, not to mention the current crackdown against independent journalists, human rights defenders and advocates of democracy, marking the era of King Mohammed VI with blackness and intimidation. No matter how much the Moroccan government tries to obscure such violations and the miserable reality, human rights violations have a very strong and foul stench that does not go away except by putting an end to such violations.”
ANHRI added, “The Moroccan authorities should release Maati Monjib along with all other detained journalists, try to fix the mistake of hurtling towards tyranny, and return to the path of democratic and civil reforms that began with King Mohammed VI’s coming to power, so that the country won’t fall into the abyss of the dictatorial regimes in the Arab region; since authoritarianism does not build a state or a country but rather creates an angry people, and this is what threatens the entire Moroccan society.”

-ANHRI: Justice is missing in Egypt… The curse of “rotation” strikes Nermien Hussein, the State Security Prosecution re-detains her over a false investigation report