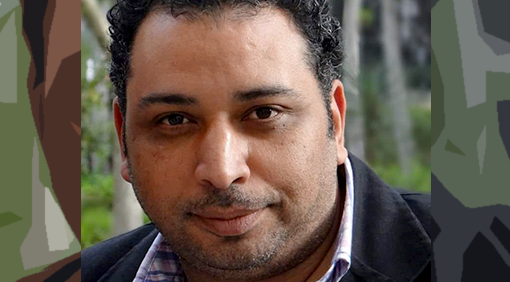 The Arabic Network for Human Rights Information (ANHRI) said today that the abuse and arbitrariness practiced by the National Security Apparatus against researcher Ayman Abdel-Moati constitutes a complete crime if the rule of law exists in Egypt. The researcher had been held for nearly two years in pretrial detention and was finally issued a decision to replace his detention with a precautionary measure pending Case No. 621 of 2018 State Security. However, the decision wasn’t implemented; rather he has been incarcerated once again over a new case and with the same charges pressed against him in the old case, making him enter the vicious circle of “recycling” prisoners of conscience who received release orders.

ANHRI added that the Public Prosecution, with its deliberate silence, is turning a blind eye to the violations committed against the detainees who appeared before its members. Such facts and violations which were reported by detainees’ lawyers have amounted to crimes, and hence the Public Prosecution is an accomplice in such crimes; since it is considered a safe haven for the Ministry of Interior officers who are supposed to be facing legal accountability for the grave violations committed against citizens and for undermining their human rights and the remaining of the rule of law in the country.

ANHRI affirms that the release orders issued by courts and prosecutions have turned into a mere ink on paper because of the “recycling of detainees” phenomenon that is practiced by members of the National Security Apparatus. The Arabic Network also confirms its vision that the primary body which controls who should be granted freedom in the country is the National Security Apparatus and not the law.

It is worth mentioning that researcher and linguist Ayman Abdel-Moati was arrested from his workplace (Al-Maraya Publishing House) on 18 October 2018. He had been missing since then until he appeared at the Supreme State Security Prosecution’s headquarters on 20 October 2018, as he was interrogated in the Case No. 621 of 2018 State Security over the common charges “colluding with a terrorist group to achieve its goals and disseminating false news and statements”. The Prosecution then decided to hold Abdel-Moati in pretrial detention, during which his detention renewal sessions were convened until Cairo Criminal Court ruled, on 23 August 2020, to replace his remand detention with a precautionary measure. But the decision was not implemented and the researcher remained in illegal detention at one of the National Security Apparatus’ headquarters. Thereafter, on 17 September 2020, Abdel-Moati appeared once again at the Supreme State Security Prosecution’s headquarters, where he was interrogated in connection with the Case No. 880 of 2020 State Security, known in the media as “September 20 incidents”, on charges of: joining a terrorist group with knowledge of its purposes, misuse of social networking websites, publishing false news and statements and incitement to gathering, despite the fact that he has been in prison for nearly two years!! Finally, Abdel-Moati was ordered to be included in a new case, i.e. “recycled” entering a new series of pretrial detention.

ANHRI called on the Public Prosecutor to immediately release researcher Ayman Abdel-Moati and drop all the charges pressed against him. It also calls for putting an end to the phenomenon of “recycling detainees” which the Public Prosecution takes part in, in addition to the undermining of the rule of law, which has become a tool in the hands of the executive authority to circumvent and neglect the release orders issued for pretrial detainees.