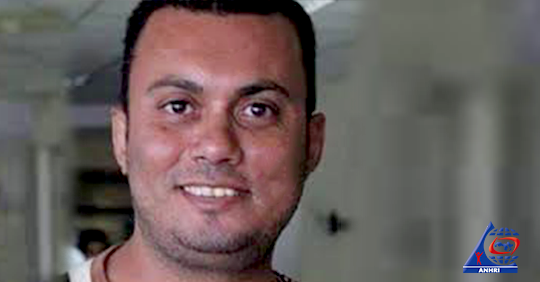 The Arabic Network for Human Rights Information (ANHRI) has filed a legal warning for both the Minister of Interior and his assistant for the sector of Prisons Authority, demanding that its client Khalis Rizk Khalil, detained on remand pending investigating case number 1475 state security, should be enabled to perform his religious rituals and obligations as per his legal right.

AHARI, said in the filed warning that “Khalil Rizk Khalil, who is an Egyptian citizen and a christian of the coptic orthodox church”, has filed a request to the warden of the Zira’a ward, Tora prison, on 1st of January 2020, asking to be enabled to attend the Christmas prayers and perform the communion ritual. Though the prison warden has informed him that his request was accepted, he didn’t enable him to attend the Christmas prayers nor allowed a priest of entering the prison to perform the communion ritual, in violation of the provisions of the constitution, the prisons regulations law, and the international norms of the United Nations, all allowing prisoners to perform religious rituals, and attend prayers held within their place of incarceration.

Labor activist Khalil Rizk Khalil, was arrested by law enforcement forces while he was in a cafe in downtown, Cairo, in 18 November 2019. He was disappeared for two days before showing up in front of state security prosecutors, on 30 November 2019. He was interrogated in relation to the aforementioned case, and accused of participating in fulfillment of the objectives of a terrorist entity, the abuse of one of the social media means (Facebook), and the dissemination of false news and statements, before being issued an order of detention on remand.

ANHRI requests competent authorities to abide by the provisions of the law and the constitution, allowing citizen Khalil Rizk to perform religious rituals in a suitable place in the Zira’a ward of Tora prison, and allowing a priest to enter the prison to perform communion ritual on regular bases.