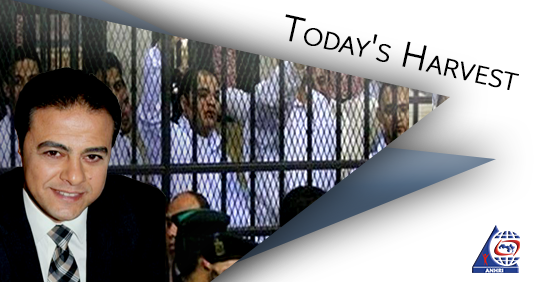 – The appeals judge at South Giza Court’s counseling room turned down the appeal submitted by the Public Prosecution against the release order issued for media professionals Medhat Eissa on bail of EGP 20,000 pending case No. 2888 of 2019 October Administrative. The court, accordingly, upheld the decision.

– Cairo Criminal Court reopened pleadings in the trial of 213 defendants in the case known in the media as “Ansar Beit al-Maqdes” or “Jerusalem Supporters”, and adjourned the case for tomorrow’s hearing to proceed with the pleading.

– The Military Court adjourned the trial of 555 defendants in the case known in the media as “Sinai Province Organization” for September 9 hearing.