After 10 years, the first investigation session with Gamal Eid in the civil society case 173 of 2011 begins, the case file is full of lies and fabrication & the desire to take revenge on independent organizations is the objective 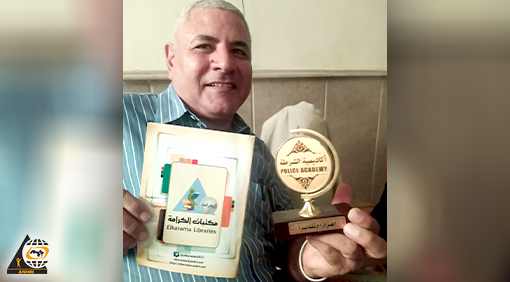 The Arabic Network for Human Rights Information – ANHRI said, that yesterday Counselor Ali Mokhtar, the newly mandated investigative judge for case No. 173 of 2011, held the first investigation session with ANHRI’s director, lawyer Gamal Eid, 10 years after this fabricated politically motivated case was opened. The investigation session, which lasted about three hours, was exclusively dedicated to viewing the case file and the acts attributed to ANHRI or its director.

Upon looking at the approximately two thousand pages long case file, Gamal Eid and the lawyers accompanying him were surprised that the case file contains:

The absence of important original papers and documents from the case file!

10 years of defamation, revenge, and state officials intervening in the case

Gamal Eid said: “I showed the Counselor the Police Academy shield, which the Ministry of Interior gave me when I trained its leaders, back when it was still claiming to welcome the reform of the ministry of interior initiative. I also showed him a pamphlet and a brochure of al-Karama Public Libraries, which I have established in popular neighborhoods to serve the citizens of these areas, and which were shutdown in a police manner. He who spends his own money on public libraries, does not topple the state, but rather tries to build society and the state, while tyranny and the absence of the rule of law are what destroys states and societies.”

The session was set for Sunday, August 1, to continue the investigation.