A new case to oblige the Interior Ministry to reveal the whereabouts and fate of a forcibly disappeared citizen… Is there a way to stop the disregard for court orders?! 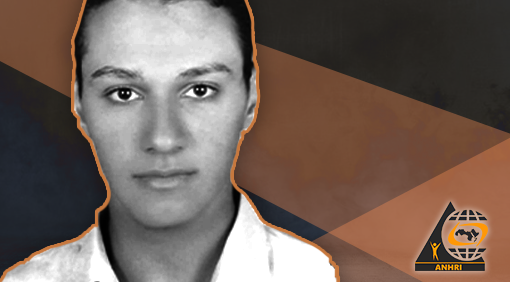 Lawyers at ANHRI’s Criminal Justice Unit filed a lawsuit before the Court of Administrative Justice against the Minister of Interior and the Public Prosecutor to urgently oblige them to disclose the whereabouts of the disappeared citizen “Ragab Ibrahim Al-Abshihi” based on the constitution provisions, which oblige the Ministry of Interior to preserve the lives of citizens and to ensure peace and security for them and not to only depend on the claim that a forcibly disappeared citizen is not in its custody.

Citizen Rajab Ibrahim Al-Abshihi was arrested on 20 December 2018 while he was walking home from work in the vicinity of Raml Police Station in Alexandria governorate. His family submitted dozens of police reports and judicial complaints and memos in an attempt to disclose his relative’s fate but none of the officials of the Ministry of Interior or the Public Prosecution took an action, they remained silent and didn’t answer the questions posed by Al-Abshihi’s family.

ANHRI had previously obtained a ruling from the Court of Administrative Justice in favor of a forcibly disappeared citizen, and the ruling stipulates that: “The Ministry of Interior’s officials should comply with the administrative judiciary’s ruling and fulfill its role prescribed in the Constitution and the law to the fullest extent. One the most important duties of the Interior Ministry is to be aware of a citizen’s whereabouts and place of residence as long as he is alive, and to search- using its investigating apparatus- for the enforced disappeared citizens and try to either disclose their whereabouts or clarify their fate. It is not permissible for the Interior Ministry to merely state that a citizen is not being held in its custody, otherwise the society’s security and order will be disturbed and chaos and turmoil will prevail, and the Interior’s commitment to preserve the lives of citizens would be hence nothing but words on paper with no minimum benefit”.

ANHRI confirms its stance towards the Public Prosecution’s inaction in holding the Interior Ministry’s officers accountable for their infringement and violation of the law as reported in the telegraphs repeatedly filed. Such a matter, we believe, is the main reason behind the escalation of the phenomenon of enforced disappearance and ill-treatment in Egypt in a way that wastes justice and undermines the rule of law. ANHRI also renews its permanent demand urging the Parliament to urgently enact legislation to confront the phenomenon of enforced disappearance that threatens the stability and security of society as a whole.