Labor and Social Protests in the first quarter of 2021

Labor and Social Protests Monitoring Center releases its first quarterly report for the year 2021 to monitor the labor and social protests took place in Egypt during the first three months of 2021. The most important of these protests was: the sit-in staged by the workers of the Egyptian Iron and Steel Company (EISC) to protest against the government’s intentions and plans to liquidate and sell the company; this is in addition to the manifold protests organized by lawyers to reject the violations they are subject to at the hands of some judges and security personnel raising the slogan that “The legal profession is not a crime”.

The monitoring center also shows the resurgence of suicide incidents; as the reporting period witnessed about 16 suicide cases due to economic reasons. There have been also many protest cases in the sports sector where its workers demanded more than once the disbursement of their salaries.

The number of protests monitored:

Eighty protests took place in the first quarter of 2021 including (49) social protests and (31) labor and professional protests, as follows:

Classification of labor and social protests: 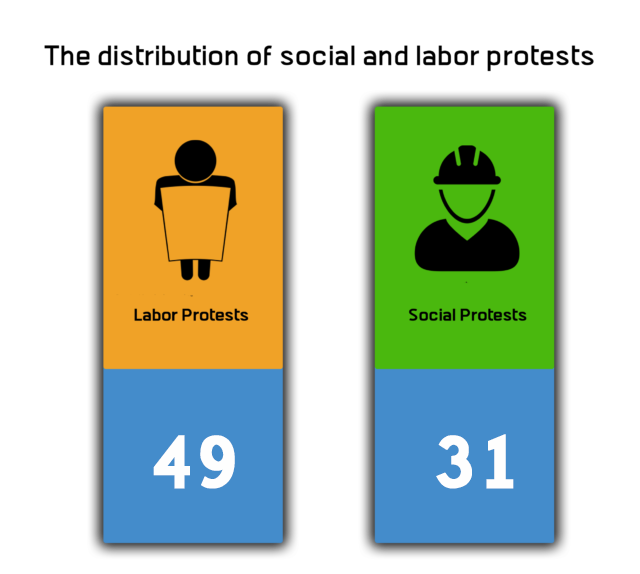 First: Details of the labor and professional protests (31 protests ):