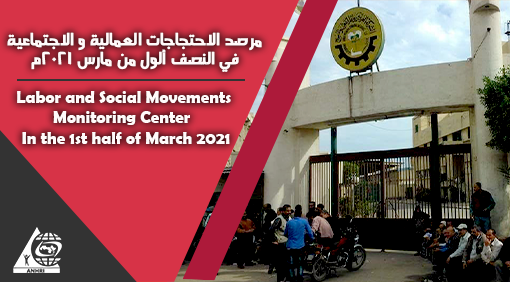 The Labor and Social Movements Monitoring Center has documented 17 protests that took place during the first half of March 2021. These protests are divided into: 12 social protests and 5 labor protests.

It has been noted that social protests have been on the rise; as they spontaneously took place at different places under no organizational, political or partisan coordination.

This is in addition to the resurgence of the suicide phenomenon, with the reporting period witnessing 4 cases of suicide or attempted suicide

Third: The distribution of the protesting labor sectors

Fourth: The distribution of the protesting social sectors