Labor and Social Protests in the last quarter of 2020

The year 2020 has ended, and the government of Egypt is still turning its back on economic and social rights. The burden on families with limited income has been exacerbated due to the coronavirus pandemic, while the year has ended with the government’s decision to liquidate the Egyptian Iron and Steel Company, the country’s citadel of heavy industry.

During the reporting period, 40 protests were staged by unorganized social groups (neighborhood residents and citizens’ gatherings), in addition to 33 protests organized by workers and trade unionists, protesting against the delay in disbursement of salaries, privatization, and layoffs of workers. The Egyptian authorities, however, responded to the various modes of protest with repression and baseless arrests of protesters over flimsy accusations. For example, 9 workers and union leaders at the Delta Company for Fertilizers and Chemical Industries (Talkha Fertilizer factory) were arrested and interrogated by the State Security Prosecution in connection with Case No. 1 of 2021, against the backdrop of their protests denouncing the selling of the factory.

The most important protests monitored during the last quarter of 2020 can be summarized as follows:

The distribution of social and labor protests: 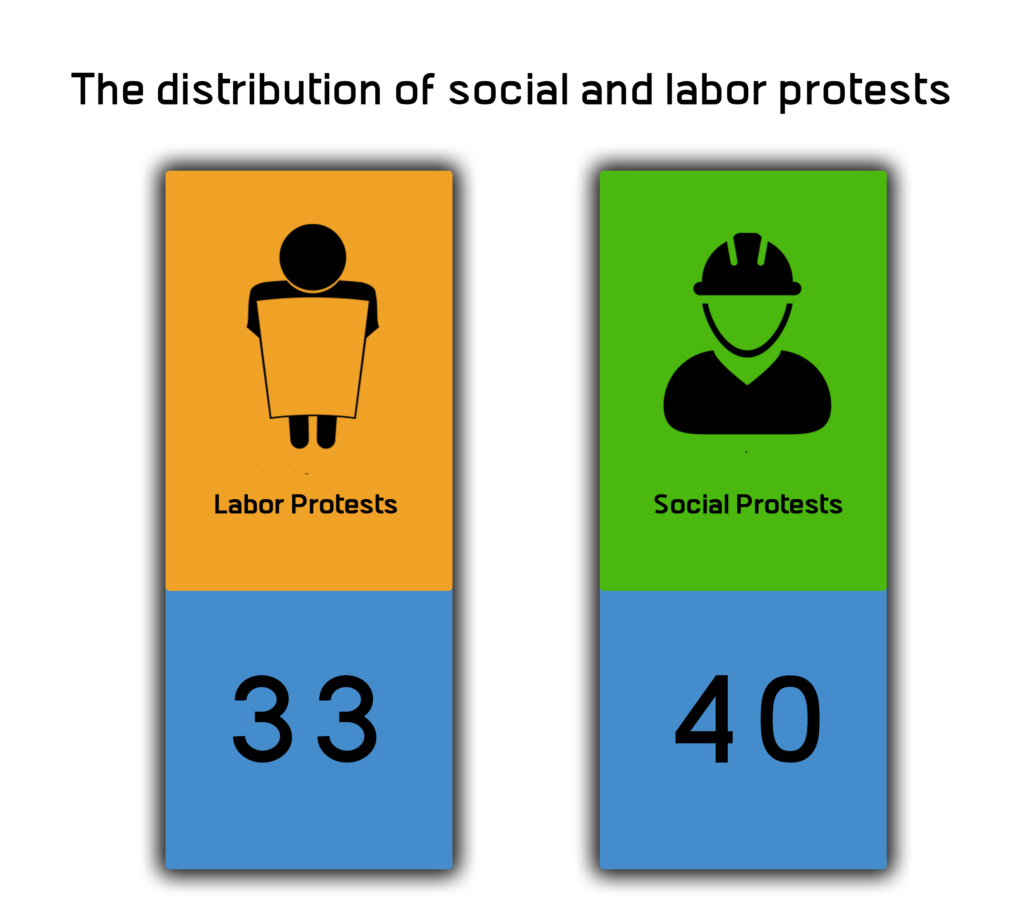 The following chart shows the number and kind of labor and professional protests: 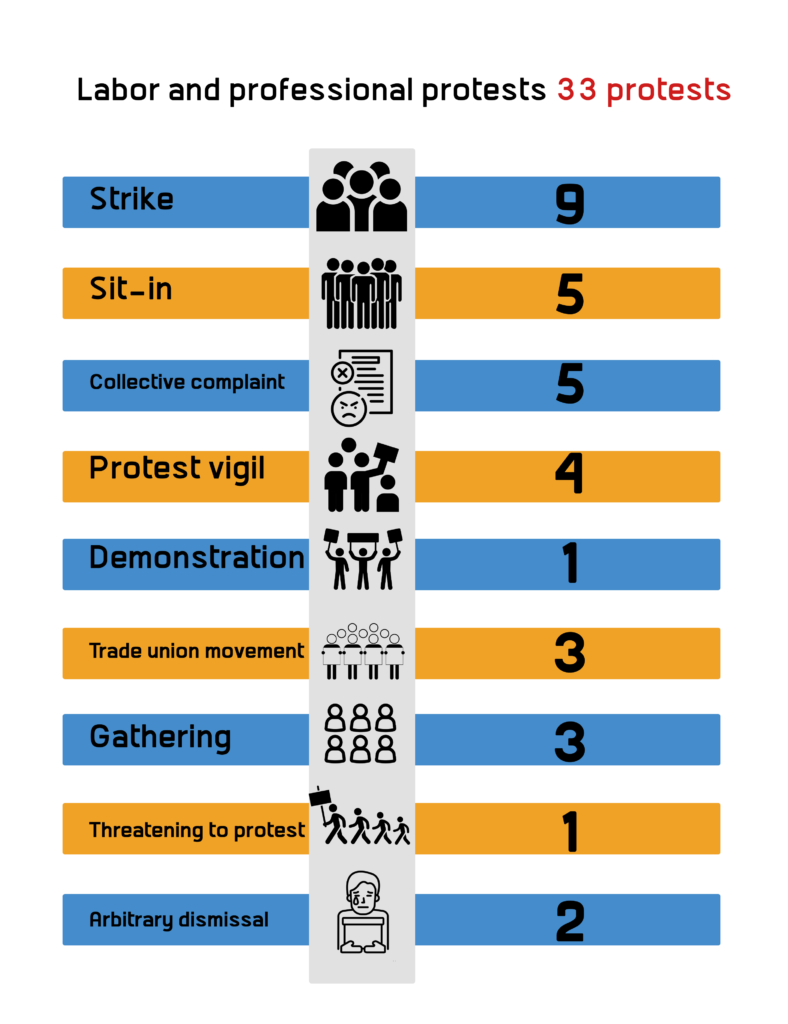 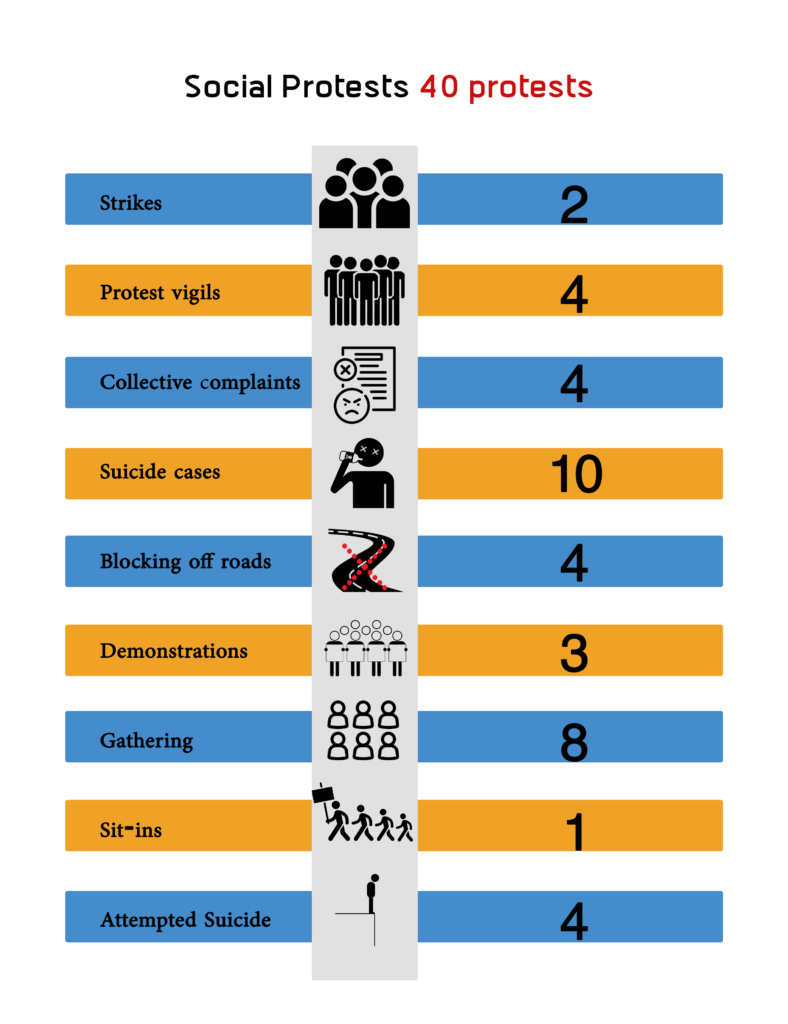 Third: The geographical distribution of social and labor protests: 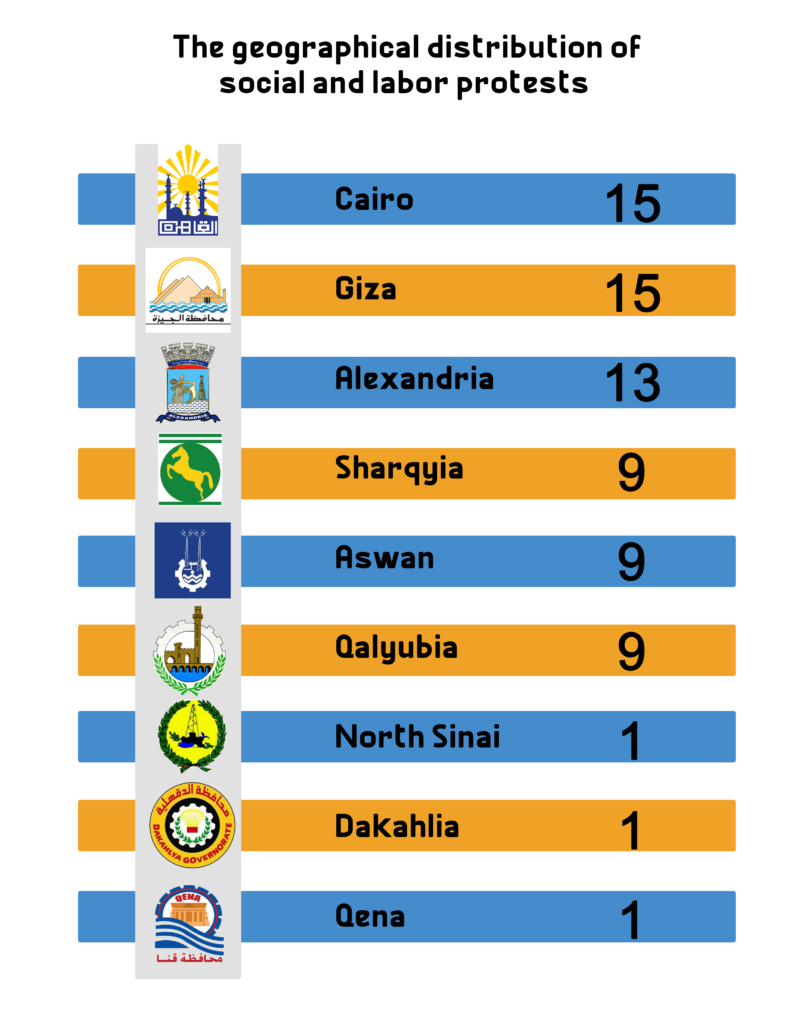