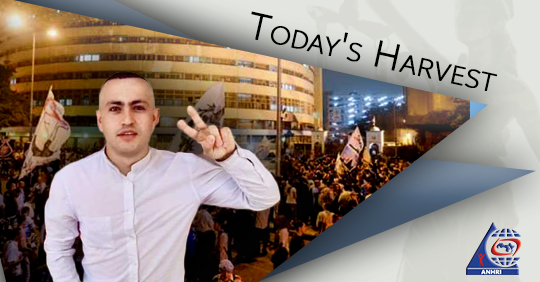 – Cairo Criminal Court adjourned the trial of two defendants in the case known in the media as “Maspero incidents II” for the August 26 hearing, due to the defendants’ absence.

– Student Mohamed Khaled was physically released from Al-Salam Police Station after he was ordered released on the 22nd of last July in case No. 621 of 2018 State Security.

– Blogger Mohamed Oxygen has been physically released from Basateen Police Station, after being ordered released on probation on the 22nd of July pending case No. 621 of 2018 State Security.